At the beginning of 2020, we gained the opportunity to maintain the tradition of regional production of high-quality KASPER workshop vices by buying the entire program, moving it from Šumperk to us in Velké Losiny, and starting everything again.

KASPER professional workshop vices are made of gray cast iron. The fixed and movable parts are linearly mounted relative to each other, which ensures precise and firm guidance. The vices are equipped with hardened jaws and a large anvil.

The KASPER professional workshop vice is used to clamp objects between the jaws of the front and rear part. Clamping or opening is done by turning the spindle. The rear part slides in – clockwise, the rear part slides out – counterclockwise. 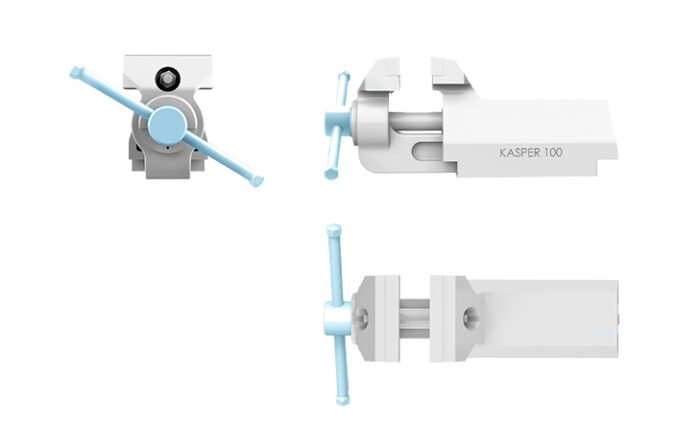 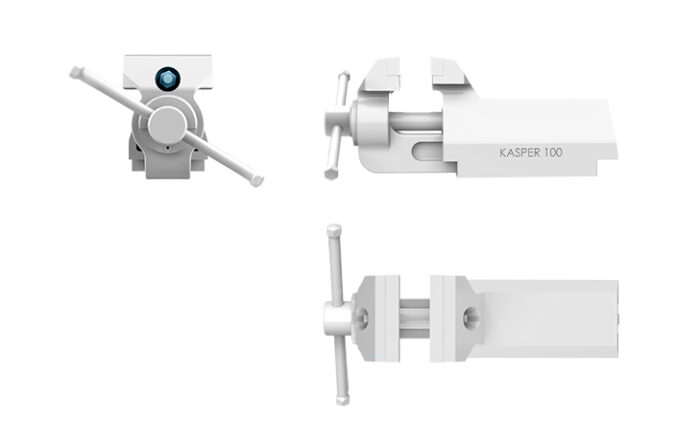 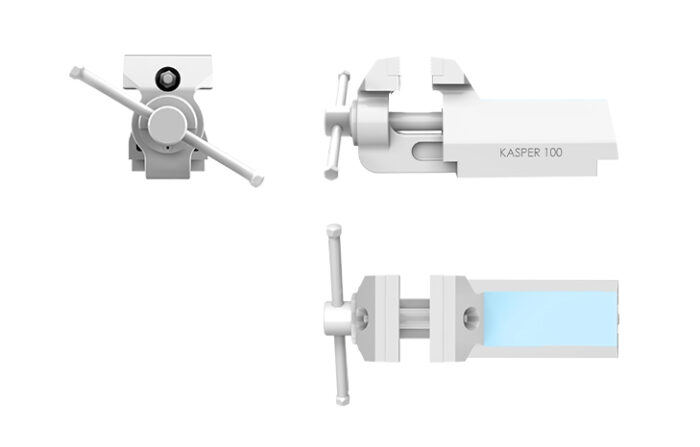 (according to the width of the jaws)

* Prices are without VAT and shipping

The history of professional KASPER vices dates back to the beginning of the 1930s, when the company ROMO Jakubčovice was founded by the Kasper brothers and whose locksmith production and especially the production of KASPER vices became known all over the world.

After World War II, the company passed into national administration, where it remained until 1948, when the company was taken over by the company “TOS” Lipník-machine tool factory.

In 2020, the production of professional KASPER vices moved under the auspices of the engineering company KUBÍČEK VHS, s.r.o. in Velké Losiny. 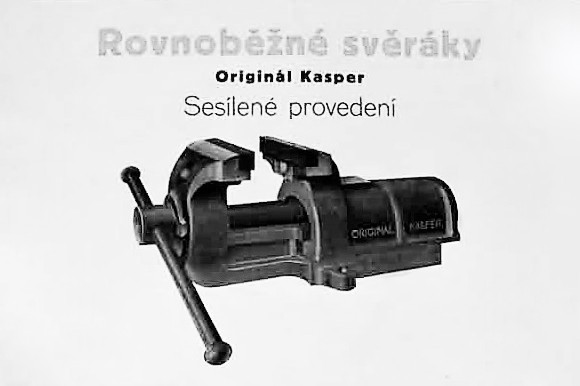 Do you have a question? Write us

Leave us a contact and we will get back to you.

KUBÍČEK VHS, s.r.o. is a Czech company, founded in 1991, based in Velké Losiny, Czech Republic.

We are the largest Czech manufacturer and supplier of blowers for a wide range of applications. We guarantee our partners absolute professionalism in all aspects of our products and services. Blowers of our own design are developed and manufactured in Velké Losiny.

From the first contact with the client to the delivery and installation of the equipment as well as the following service, all KUBÍČEK employees are guided by the company’s main principles: To address customer requirements individually, quickly, correctly and above standard.